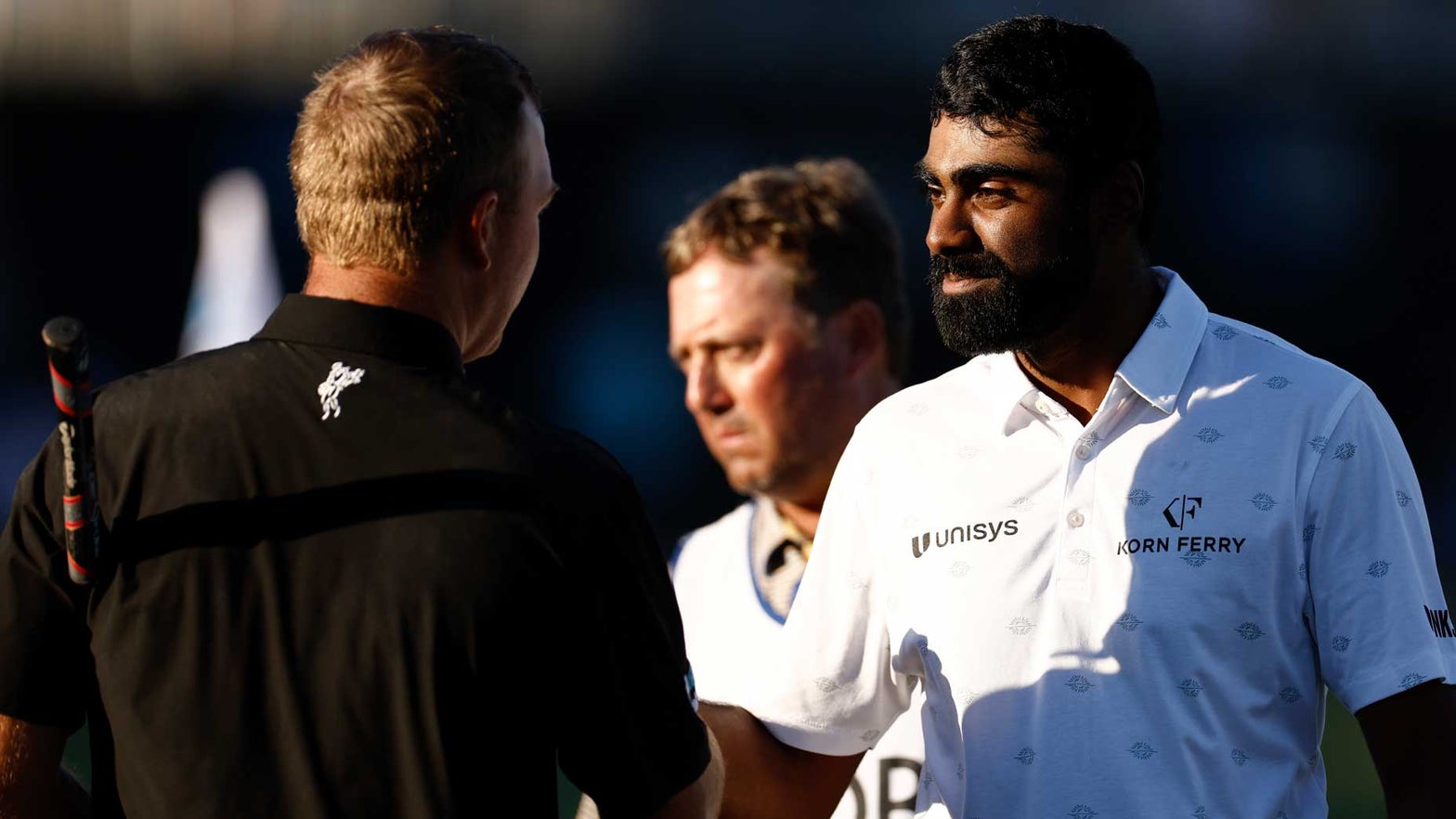 “I don’t care what you’re playing for, it’s always fun coming down the stretch there,” Hoge said.

With Theegala struggling through a back injury throughout the round, the pair still managed a 62 in better ball Sunday in the third and final round of the unofficial team event, good enough to edge overnight leaders Charley Hoffman and Ryan Palmer by one at 34 under.

The second-year-pro, Theegala pulled out a gutsy birdie on the 18th after Palmer and Hoffman tied them at 33 under when Palmer saw his eagle chip roll back to him on the par-5, only to immediately step up and hole the next one for birdie. Both Hoffman and Palmer were inside Theegala for birdie on 18, but both of their tries rolled by the high side of the cup.

“It just felt great to contribute a little bit,” Theegala said. “Tom was really holding me up pretty much all around, he made so many really big putts.”

Theegala was seen wincing multiple times throughout the back nine, especially when hitting longer clubs. The NBC broadcast reported Theegala’s caddie Carl Smith told them Theegala was dealing with an injured oblique or lat muscle.

Theegala looked most uncomfortable on the par-3 13th and nearly hit his tee shot out of play, before getting a bounce off a spectator. Then on 14, after he smashed his tee shot in the fairway, he nearly shanked his second shot into the penalty area right. However, Hoge was over the green in two and was able to get up and down to keep a run of three-straight birdies going and take a two-stroke lead at 32 under.

“I had to check with Tom later in the round to see if his back was OK from carrying me,” Theegala joked with NBC Sports’ Steve Burkowski after the win. He revealed he injured himself on the first tee.

Theegala, who played 32 PGA Tour events in his rookie season, later admitted he jinxed himself that morning.

“It’s funny, I was just telling my mom at breakfast, knocked on wood how healthy I’ve been for the last four, five years, and testament to my trainer, Josh,” he said. “I literally have played every tournament seemingly 100 percent.

The pair becomes the first team of players bothing making their QBE Shootout debut to win the event since 2011.

With a combined age of 91, Hoffman and Palmer made up the oldest team in the field and raced out to a 56 in Friday’s scramble format, one shy of the tournament record. They followed that up with a 62 in Saturday’s modified alternate shot round to hold a two-stroke lead over Theegala and Hoge, who shot 60 in both of the opening rounds.

They held the lead until the final nine and battled with the tournament rookie duo coming in before being unable to convert on the 54th hole.