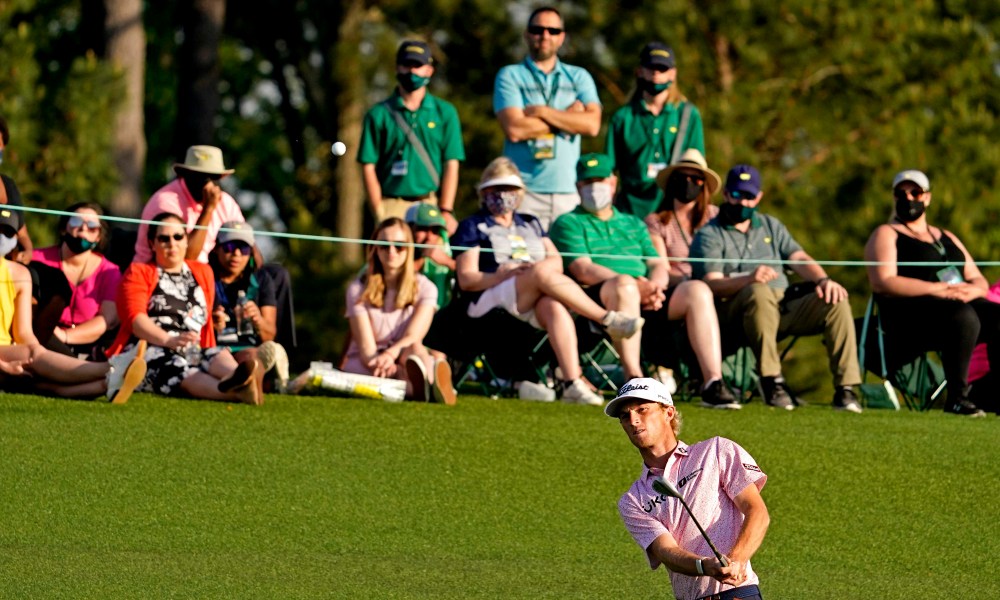 HILTON HEAD ISLAND, S.C. – He got a shoutout from a Hollywood star.

His galleries and interview requests are growing by the week and he’s banked $3 million this year. And he’s coming off a runner-up finish in the Masters.

How are you rolling, Will Zalatoris?

“I think none of that will really sink in until I get home. It’s definitely different, going and picking up some food and people asking for autographs or pictures,” the 24-year-old rookie said on Wednesday at the RBC Heritage at Harbour Town Golf Links. “I kind of humble myself and say, ‘I didn’t win, I finished second.’ It’s like, I’ve felt like I’ve been getting some treatment like I won, but to me it’s funny.

“I enjoy it, interacting with the fans. They’re the ones that we play for.”

Despite all the heady stuff going on in his world, Zalatoris remains level-headed. His meteoric rise – he was ranked 1,514th in the Official World Golf Ranking in April of 2019, was 483rd in April of 2020 and now rests at 27th after nearly becoming the first rookie to win the Masters in 42 years – hasn’t changed his good nature and calm demeanor.

Then again, he’s not the same guy inside the ropes and he might just be on the USA Ryder Cup team. Since winning in Colorado, he’s made 22 starts on the Korn Ferry Tour and PGA Tour and finished in the top-10 10 times and the top-25 18 times. He tied for sixth in the U.S. Open and fell one shot shy of Hideki Matsuyama in the Masters – the only two majors he’s played as a pro.

Last week, fulfilling a nearly lifelong dream, he was on cloud nine playing Augusta National but didn’t let the moment go to his head, a nod to the strong support system around him, including his parents and golf mentor, David Price.

At Augusta, Zalatoris became a huge storyline early on and revered swing coach Butch Harmon said Zalatoris looked like a 1-iron without a grip.

And then movie star Adam Sandler, aka Happy Gilmore, noted in a tweet that Zalatoris looked like one of his caddies in the 1990s comedy and wrote: “Have fun today young man. Mr. Gilmore is watching you and very proud.”

Zalatoris responded with his own tweet – “If you’re ever in need of a caddie again let me know. I’ll be better this time. I’m always available for you, Mr. Gilmore.” – and then went out and almost won a green jacket.

If you’re ever in need of a caddie again let me know. I’ll be better this time. I’m always available for you, Mr. Gilmore. https://t.co/R1e8awZIvh

“I still wish I could put into words how much fun I actually had,” Zalatoris said. “I was able to appreciate playing in my first Masters because, of course, like I’ve said, I really haven’t taken anything for granted over the last two years.

“It’s a crazy wild ride that I’ve enjoyed every single minute of it. To be in contention on a Sunday at Augusta was obviously a dream come true. Obviously to come up one short will sting forever, but I know that I can contend against the best players in the world, and I know I’m capable of getting those two shots somewhere pretty soon.”

Pretty soon could be this week as he makes his tournament debut. The tight, treelined Harbour Town with smallish greens seems right up Zalatoris’ alley because of his ball-striking talents.

“I love the golf course,” he said. “It’s in phenomenal shape. I think it will be a really good place for me. It’s very tight off the tee, overhanging trees. Obviously really got to work the golf ball into some of these greens just because of kind of the tight corners.

“But I’m looking forward to it. This was a tournament that even though a lot of people on paper did say, well, you hit it far, this place kind of handcuffs your advantage, but obviously my iron play I think is the best part of my game, and so this is an event that I’ve really been looking forward to.

Lately, most every course has suited him well.