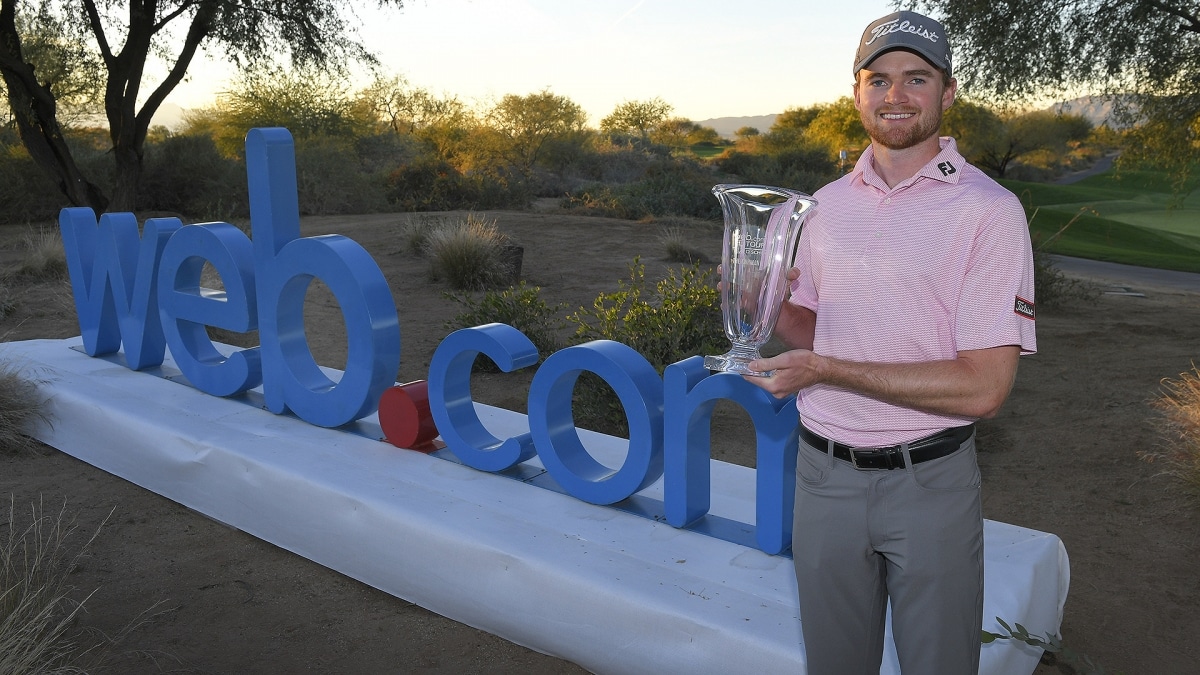 Danny Walker and Jimmy Stanger are both west coast guys — west coast of Florida, that is. From there, they traveled north and spent three seasons as teammates at the University of Virginia. Stanger, a year older, turned pro in 2017 while Walker entered the pro ranks this past summer.

Now, they will play together on the Web.com Tour.

Walker shot 9-under 63 Sunday in the final round of Web.com Tour Q-School’s final stage, capturing medalist honors at 27 under in what was a 72-hole birdie-fest this week at Whirlwind Golf Club in Chandler, Ariz. In finishing atop the leaderboard, Walker earns fully-exempt status on the Web.com Tour in 2019.

“I’m super excited right now,” Walker told PGATour.com. “My goal was to come top 10 this week, so I wasn’t really thinking about winning. But I’m excited about it now obviously and relieved to have the week done. It’s a stressful week for everybody so it feels good to play well.”

Walker received an exemption to final stage after winning the Mackenzie Tour’s season finale this year and finishing seventh on the tour’s money list.

Stanger finished two shots behind Walker in a tie for third at 25 under. A year ago at final stage, Stanger shot an 80 in the opening round, only to go 21 under in his final 54 holes. He still, however, had to settle for conditional status, finishing a shot out of the top 40 and ties.

That was Stanger’s only heartbreak this past year. He also ended up three spots and $586 shy of making it to the Web.com Tour Finals – and keeping his card – last season.

“I think missing keeping my Web.com Tour card by one stroke last year in Portland was the best thing that’s ever happened to me,” Stanger said.

The top 10 and ties Sunday are exempt through the third reshuffle, meaning they’ll receive 12 guaranteed starts next season. The top 40 and ties get at least eight starts. The rest leave Arizona with only conditional status.